Striving to cure the incurable by targeting cellular stress pathways

We have identified specific cellular stress pathways that are responsible for the progression of such diverse conditions as neurodegenerative disease, diabetes, autoimmune disease, ischemia, and stroke. We have recognized the importance of this pathological mechanism and are committed to developing safe and effective molecular therapies addressing this feature. 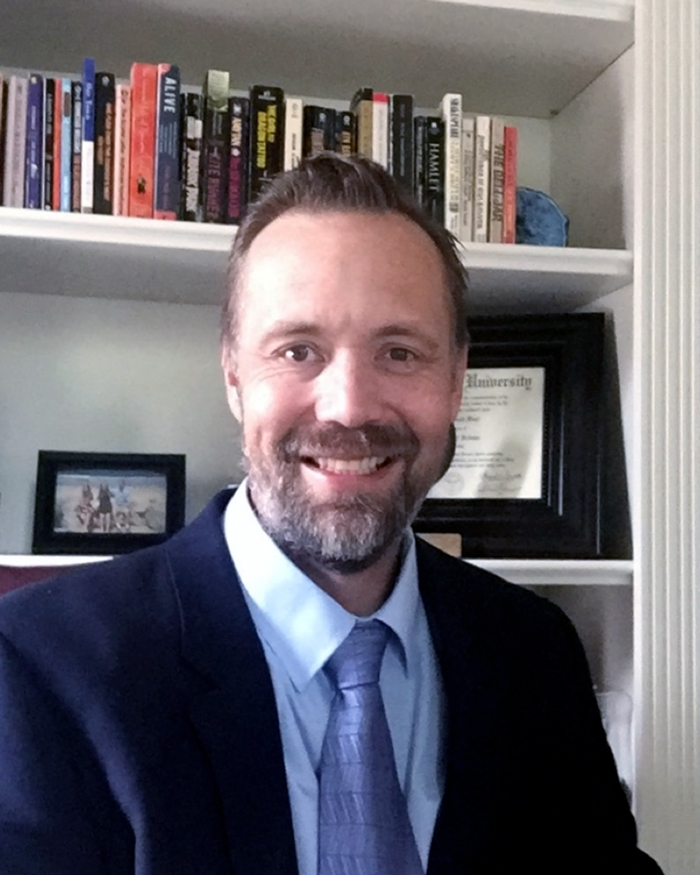 Russell is the CEO of Neurodon. He is also the founder, President, and a member of the Board of Directors. Dr. Dahl has extensive experience leading translational programs in various therapeutic areas. Originally trained as a synthetic organic chemist, his biopharma experience ranges from leading hit-to-lead screening efforts through the oversight of FDA submissions for small molecule therapeutics. Under his leadership, Neurodon has identified multiple first-in-class development candidates for various pipeline indications.

Dr. Dahl has held tenure-track professor positions in medicinal chemistry and neuroscience and has co-authored over 100 publications. He is an inventor on over 60 patents or applications in therapeutics and chemistry. He received his Ph.D. in Organic Chemistry from the University of California, San Diego as a DuPont Pharmaceuticals Fellow and has additional training in Molecular Pharmacology from Stanford. 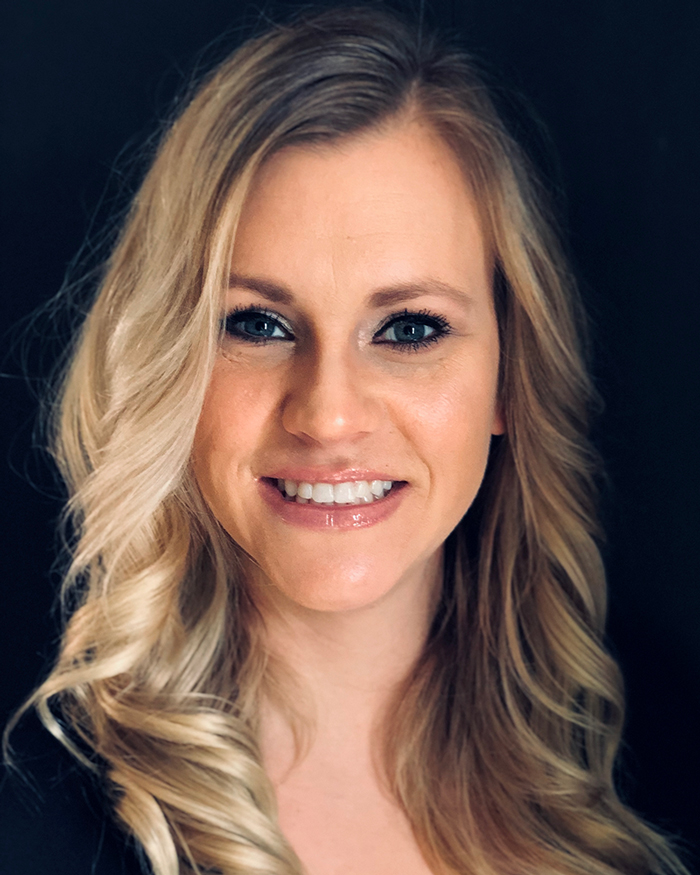 As Vice President of Operations, Colleen is responsible for Neurodon’s portfolio management, corporate operations, and oversight of strategic relationships. Colleen studied nursing at Purdue University and started her clinical career as a Registered Nurse working in the Intensive Care Unit for over thirteen years. She has extensive experience working with critically ill patients and patients with a wide range of degenerative diseases including Alzheimer’s disease, Diabetes, and Parkinson’s disease, with a specific focus on cardiac and stroke patients.

Colleen was trained in many lifesaving devices such as LVAD’s, PRISMA’s, Therapeutic Hypothermia, and others. In addition to patient care, she has also served as a charge nurse, nursing preceptor, and electronic medical records educator to hospital physicians. Colleen has additional training as a Legal Nurse Consultant working alongside attorneys on a diverse array of medically-related legal issues with extensive experience in debilitating neurological injuries such as traumatic brain injury.

Russell is the CEO of Neurodon. He is also the founder, President, and a member of the Board of Directors. Dr. Dahl has extensive experience leading translational programs in various therapeutic areas. Originally trained as a synthetic organic chemist, his biopharma experience ranges from leading hit-to-lead screening efforts through the oversight of FDA submissions for small molecule therapeutics. Under his leadership, Neurodon has identified multiple first-in-class development candidates for various pipeline indications.

Dr. Dahl has held tenure-track professor positions in medicinal chemistry and neuroscience and has co-authored over 100 publications. He is an inventor on over 60 patents or applications in therapeutics and chemistry. He received his Ph.D. in Organic Chemistry from the University of California, San Diego as a DuPont Pharmaceuticals Fellow and has additional training in Molecular Pharmacology from Stanford. 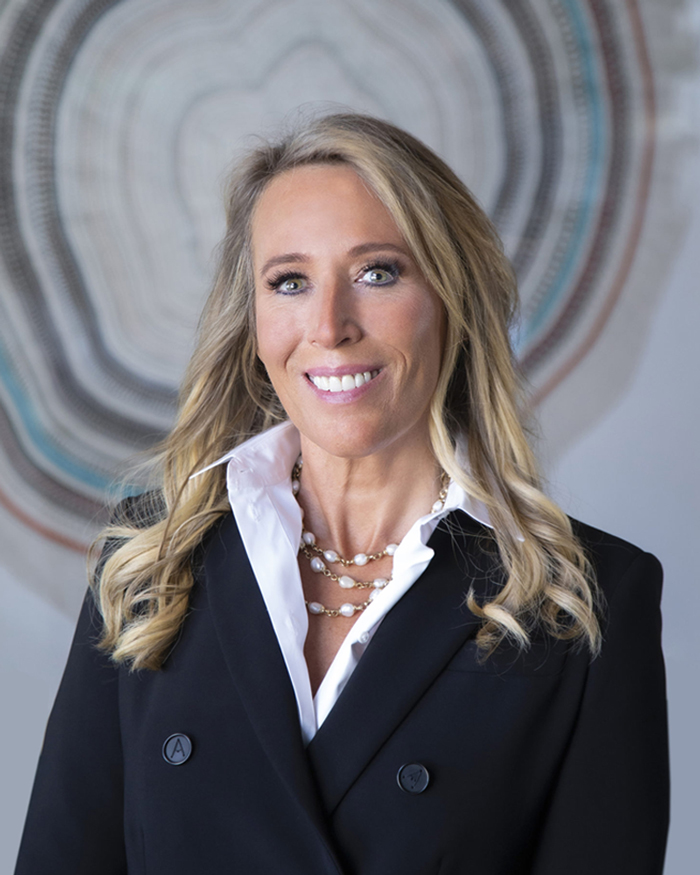 After graduating from Yale with an MBA in 1994, Brunde became a partner in a family controlled venture firm. The firm maintains a long-term investment horizon, and it has funded several start-ups from its inception to upwards of $150 million-dollar valuation. The firm’s worldwide portfolio has business interests in England, Germany, and China in nutraceuticals, software, technology, and, most recently, biopharma. Principals amongst the biopharma portfolio companies have long standing relationships with individuals at the NIH, FDA, academic Institutions, as well as Biopharm VCs.

Brunde is the author of the book “The Calcium Connection,” which covers the importance of Calcium ATPase, a key cellular enzyme that plays a pivotal role in health and disease.

A team of leading experts in physiology. 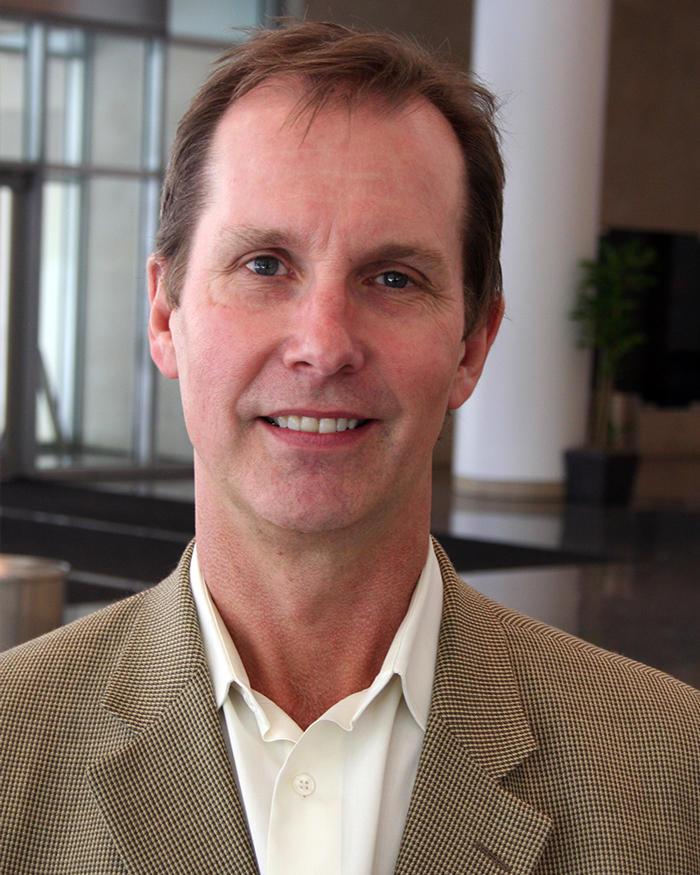 Professor and Chair, Department of Physiology

D. James Surmeier is Nathan Smith Davis Professor and Chair of the Department of Neuroscience at the Feinberg School of Medicine at Northwestern University. Dr. Surmeier received his Ph.D., in Physiology and Biophysics from the University of Washington. He trained with leaders in the field of neurophysiology, including Dr. Arnold Towe, Dr. William Willis, and Dr. Stephen Kitai.

He assumed his current position as Chair of the Department of Physiology at Northwestern University in 2001. Using an array of cutting-edge approaches, Dr. Surmeier’s research program focuses on physiological determinants of Parkinson’s and Huntington’s diseases. His work has uncovered basic mechanisms underlying neural activity in the basal ganglia and how it is perturbed in these disease states. His work has identified the molecular determinants of network dysfunction in both diseases, paving the way for novel pharmacological and genetic therapies.

His pursuit of the mechanisms underlying selective neuronal vulnerability in Parkinson’s disease has led to the identification of activity-dependent calcium entry through Cav1 Ca2+ channels as a primary trigger for mitochondrial oxidant stress in at-risk neurons, providing a potential explanation for the selective vulnerability of substantia nigra dopaminergic neurons –neurons whose loss underlies the cardinal motor symptoms of Parkinson’s disease. Corroborated by epidemiological studies, this discovery study has led to a major Phase III clinical trial in North America to determine the ability of the dihydropyridine isradipine to slow the progression of early-stage Parkinson’s disease. 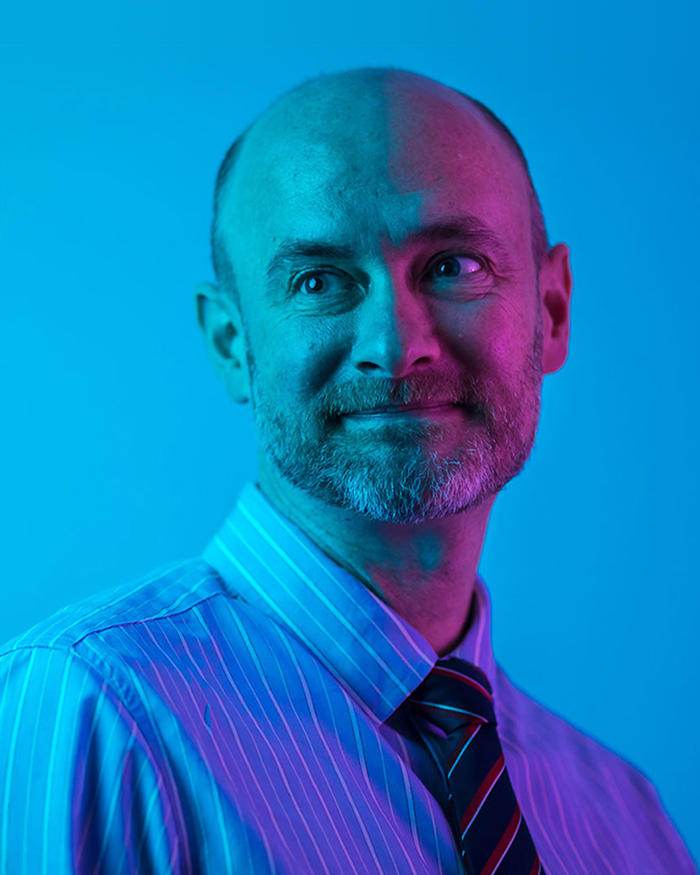 Seth L. Robia Ph.D. is a Professor in the Department of Cell and Molecular Physiology, Stritch School of Medicine, Loyola University Chicago. Dr. Robia received his Bachelor of Arts from St. Olaf College in Northfield, Minnesota. He obtained his M.S. and Ph.D. degrees in Physiology at the University of Wisconsin-Madison, then pursued postdoctoral research training at the University of Minnesota. Dr. Robia also serves as Co-Director of the Loyola Cardiovascular Research Institute. This organization supports research on cardiovascular disease and facilitates collaboration between physicians and basic science faculty. 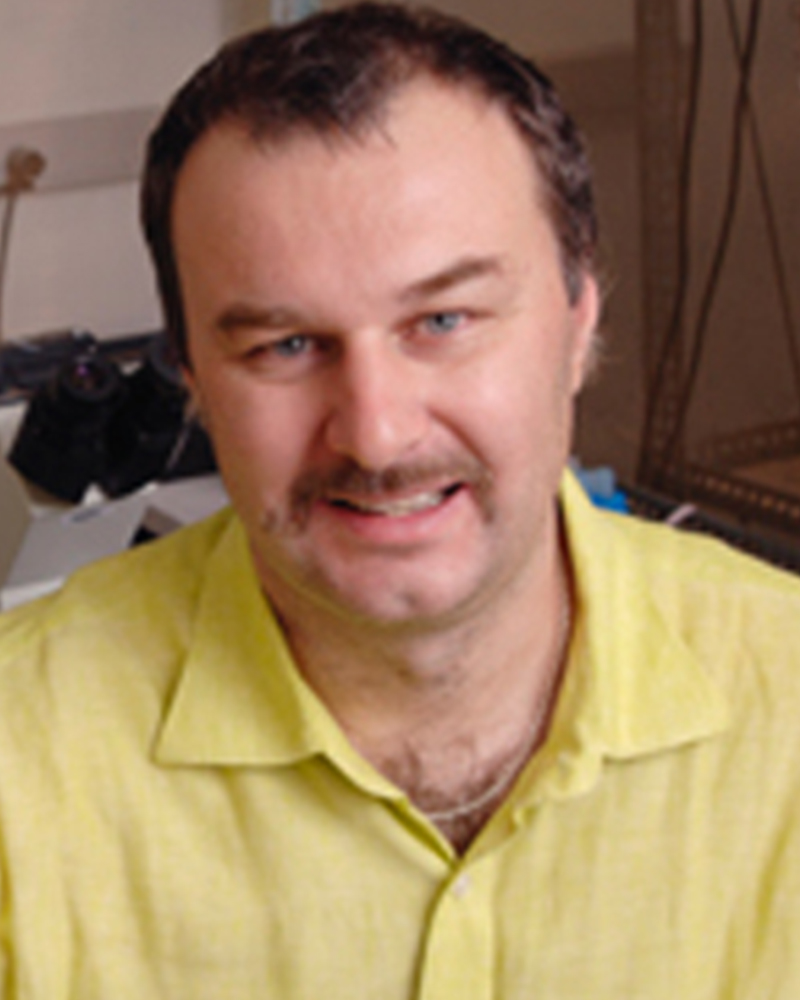 Ilya Bezprozvanny received an M.Sci in Physics (1989) from the St Petersburg Polytechnical University and a Ph.D. in Cell Biology (1992) from the Institute of Cytology, Russian Academy of Sciences (scientific advisors – Alex P. Naumov and Galina N. Mozhayeva). As part of his training, Ilya worked with Barbara E. Ehrlich (1990-1994) at the University of Connecticut Health Center at Farmington, Connecticut and then with Richard W. Tsien (1994-1996) in the Department of Molecular and Cellular Physiology at Stanford University Medical Center, Stanford, California.

Ilya’s main research interests are focused on understanding the role of deranged calcium signaling in the pathogenesis of neurodegenerative disorders such as Alzheimer’s disease, Huntington’s disease, and spinocerebellar ataxias. 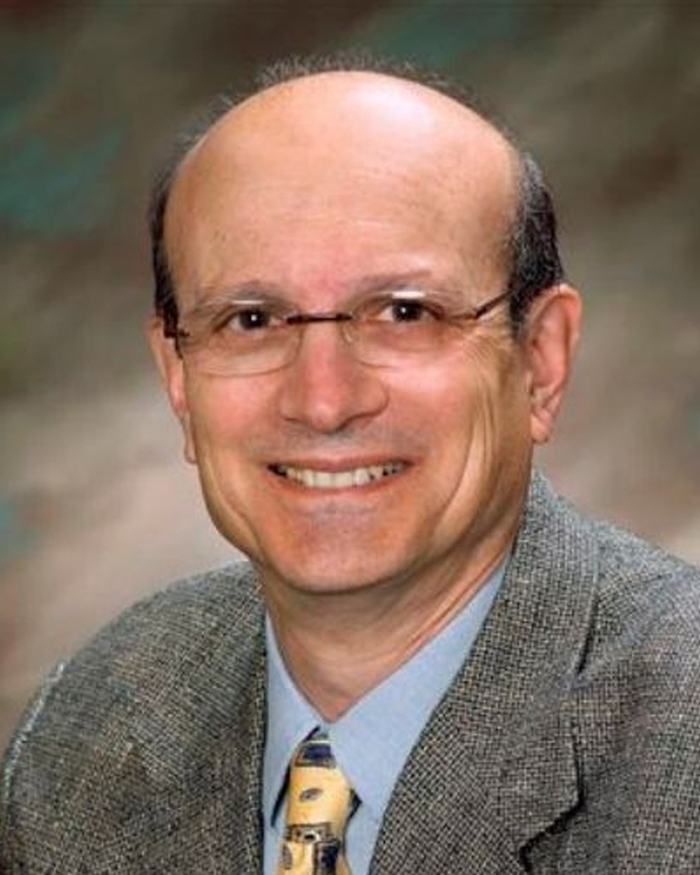 As Senior Vice President and Franchise Head for Diabetes and Obesity at Merck Research Laboratories, Dr. Amatruda had end-to-end responsibility for drug compounds from target discovery to patent expiration, including basic research, experimental medicine, clinical development, external alliances and licensing. Prior to being named Franchise Head, Dr. Amatruda led drug development groups at Merck for diabetes, obesity, atherosclerosis and cardiovascular disease. Under his leadership, the development program and regulatory approvals of Januvia™ and Janumet™ – the first compounds in the important class of DPP-IV inhibitors for Type 2 diabetes, and two of Merck’s leading revenue-generating drugs – were successfully initiated and completed, and worldwide submissions for Vytorin™, Januvia™ and Janumet™ were filed.

Prior to joining Merck, Dr. Amatruda was Vice President and Therapeutic Area Head for Metabolic Disorders Research at Bayer Corporation for ten years, where he assisted in the approval of Acarbose and Miglitol, and led the discovery and advancement of several compounds into clinical development. Dr. Amatruda has also had a successful career in academic medicine, formerly as a Professor of Medicine at the University of Rochester School of Medicine, where he was head of the Clinical Research Center and a Principal Investigator on several NIH funded research projects; and currently as an Adjunct Professor of Medicine at Yale University School of Medicine.

In addition, Dr. Amatruda has co-authored over 160 publications in the areas of both clinical and basic research, many of which have been published in leading peer-reviewed journals and the majority of which are in the areas of diabetes, obesity and lipids. Dr. Amatruda’s clinical practice at the University of Rochester and at Yale was in general endocrinology but with an emphasis on Diabetes and obesity. Dr. Amatruda was educated at Yale University and The Medical College of Wisconsin, and completed his internship and residency in internal medicine and fellowship in endocrinology and metabolism at The Johns Hopkins Hospital.

Our molecules have the potential to change lives.